In 1995, Moore Printing Company was again sold. This time, to long-time employee, Steve Vestal, who with his wife, Judy, still own the company.

Foil stamping and embossing capabilities came in the early 70’s and computerized typesetting in 1984.

Now, there are over 80 printers in the Springfield area, but only a limited number have the facilities and experience for full in-house production and services. Moore Printing takes pride in being one of those few who are capable of handling all your printing needs. Ask us for a tour, we would love to show you around. 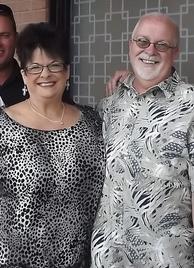 ​​​​​​In 1931, when William S. Moore opened Moore Envelope Company, envelopes were his specialty. Today, better known as Moore Printing Company, we are one of the most versatile and experienced printers in Springfield.

Our experience began over 80 years ago with one 8x12 hand-fed press in a small building in downtown Springfield. All type was hand set in wood or lead until 1941, when two new Linotypes were purchased. The Linotype is a mechanical typesetter used for casting lead into type. While lead type operations are rare, its abilities are not obsolete. Moore Printing Company phased out the last one of their original Linotypes a few years ago.

The shop was moved to its North Jefferson location in 1951. In 1955 offset presses were added, some of the first in Springfield. In 1967, upon Bill Moore’s retirement, Moore Printing Company was incorporated and Bill’s son, Steve, became president of the corporation.